Nothing would make me happier than to wake up to the smell of a burning Subaru Justy…. Maybe I should move to France, where every NYE 100’s of cars are torched. This is a piece of news that truly stunned me, not only because 940 cars being torched on the same night in the same country is mental as it is, but more because it has happened every year since 2008, and this NYE was actually an improvement on last year! According to the French Interior Ministry last year saw the fiery death of 1,193 cars making France the worlds first Car Crematorium. So what the hell is behind this fad? Is it just yobs seeking an arson thrill, a way of protest or is there something a little more sinister at work? 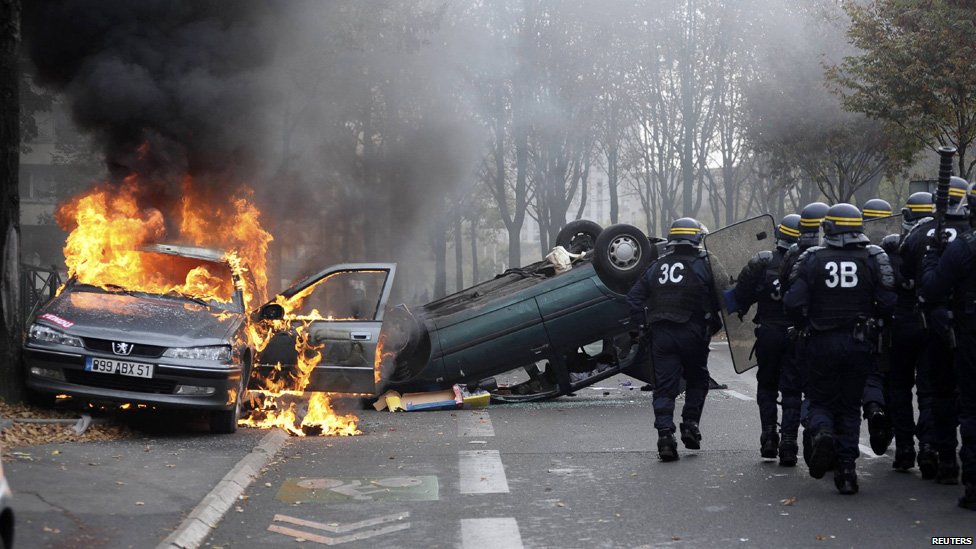 This Peugeot 406 has seen better days.

Many news reports claim that the car fires are simply a way of protesting, and can be traced to 2005, with others saying that it has been a protest practice in France since the 1990s, however some people, particularly the government counters believe that whilst the practice may well have started as a way of protest, people are now using the craze as a way of cashing in and making an insurance claim. Others are pointing their fingers at Muslims (no really). The reason for the 12% drop in burnt out cars is being chalked down to an increased security presence; 90,000 security personnel were deployed over New Year’s Eve according to some reports, so another 90,000 next year and they might cut it down to only 750.